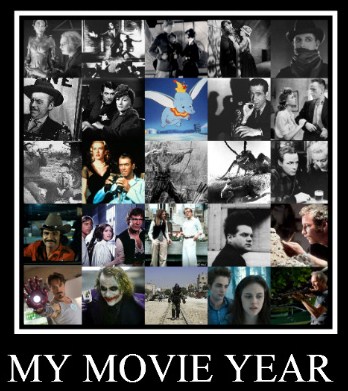 Fandango Groovers has thought of yet another amazing idea for a blogathon: My Movie Year.  Really, I have taken every year in terms of Oscar nominated films, but let me think about what was the best year of memorable movie experiences for me.  I think I’ll have to go with 2005.  You see, that summer I was 19, just about 20, and working at a movie theater all the time.  When I wasn’t at the theater working around the movies, I was at home watching them with my family.  And when the summer was over, I went back to college and became part of the films committee on the student union board.  It was probably the first year I was surrounded by movies all the time.  Here are some movie memories from my 2005.

Working at the theater, I was required to work at the midnight showing for last Star Wars movie.  That night itself was a harrowing experience.  So many people demanding popcorn and armed with plastic lightsabers.   But one little perk that hardly anyone knows about, was that some of the workers got to see the new Star Wars before anyone was even lining up in Jedi robes.  Wednesday evening, we all stayed after work and watched it, technically so that we could make sure the film was put together by our manager properly.  And being a huge Star Wars fan, it was just awesome.  I remember driving home around 3 a.m., in my junky old truck looking up at the moon and thinking about how I was one of the few people that had already seen the last Star Wars movie.  I was so giddy with excitement and it made my little brother so jealous.

War of the Worlds 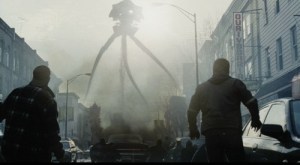 This was another movie I stayed late to watch before it was officially out in theaters.  Since I wasn’t regularly reading about upcoming movies yet, I was completely unaware of nearly everything about to happen.  That first loud noise from the tripods nearly scared the crap out of me, and I loved it.  When I took my brother and sister to see it (free tickets were what I lived for then) my brother was so freaked out at one scene he hid his face and cried.  I love reminding him of that today.  And all summer, I kept track of each theater, so I could watch the audience during certain scenes in the film.  I still love watching a packed house jump. 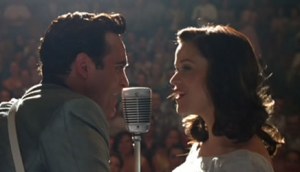 This came out in the fall, my mom and sister dying to see it.  I still got free tickets and walked right in like I owned the place.  Growing up on country music, I immediately loved the soundtrack.  This was one of the first movies I really started to notice a great acting performance.  I could really believe Reese Witherspoon as June Carter.  There was real pain in her face and voice, and the way she carried on and tried to restrain is was perfect and heart wrenching.  This was one of the first years I was really excited about the acting categories at the Oscars.

In my review, I already talked about my parents warning me against seeing this movie, only too late.  The story behind seeing it is a little slap-dash, but fun.  My roommate and I were simply bored one weekend night.  We thought about seeing whatever the student union board was playing (were were both members of the films committee) but decided instead to drive into town and see Brokeback Mountain.  On the way there, I made the realization outloud, “You realize we could have walked ten minutes and seen a movie for free, but instead we’re driving twenty minutes and paying eight bucks to see a movie about gay cowboys, right?”  I believe my roommate said something along the lines of, “And that’s what makes us awesome.”

Harry Potter and the Goblet of Fire

What makes this movie memorable was the way I perfectly and accidentally ruined a possible date for two friends of mine in college.  But hey, if you nonchalantly ask a group of people if they want to see Harry Potter tomorrow and are casually trying to score a date with just one person, do you homework and make sure everyone else is going to be busy.  I got the stink-eye from my guy friend for a while, but I didn’t care, I snuck in some candy, sat myself in the middle and had a fun time.  All awkwardness has since been forgiven.

19 comments on “My Movie Year”