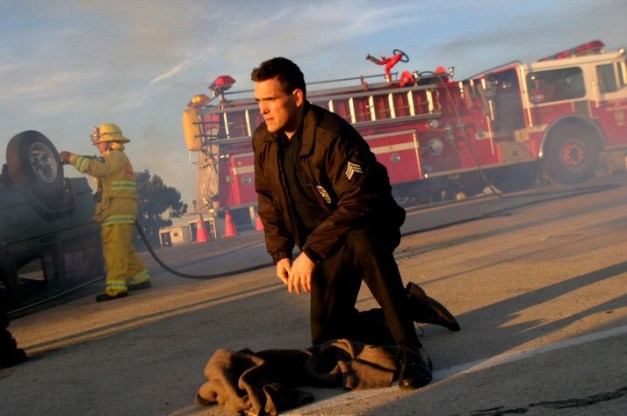 Before I saw this film in its entirety, I had a few small encounters with it.  Let’s call them crashes.  The first was when this was in theaters, I was a lowly employee sweeping up popcorn that day when someone stopped me and asked me what “this Crash movie” was about.  I hadn’t heard much of anything about it, it just showed up at our theater and I had read something about people in LA and it had Brendan Fraser in it.  So that’s what I told him, not the best word of mouth for the future Best Picture winner.  Months later, in my college dorm, my roommate and I flipped channels to the campus movie network to land in the middle of the upside down car crash scene of the film.  With no knowledge of prior events in the film, we started yelling at the lady who wouldn’t let the cop help her and when things only got worse, we only got more vocal.  After seeing just that scene, my roommate decided to buy Crash on DVD so we could finally see the whole thing.  I only wish I had made the purchase.

So, to finally have an answer to that guy at the theater, what is this Crash movie about?  It’s a multiple story line film, where all the different characters have their own stuff to deal with and they’re all interconnected (crashed together) in some way.  Rick (Brendan Fraser) is the district attorney, he’s married to Jean (Sandra Bullock) who’s your pampered housewife ordering her cleaning lady around.  They get carjacked by two young black men, Anthony (Ludacris) who is constantly making racist theories and then living them out and Peter (Larenz Tate) who’s older brother is a detective.  Daniel is a Hispanic locksmith with a young daughter who changes the locks for Bullock and Farhad, a Persian immigrant, who has just bought a gun to protect his store.  Cameron is a black television director pulled over by racist cop John (Matt Dillon) who proceeds to molest his wife.  John’s young partner Tom now wants to patrol solo.  You got all that? 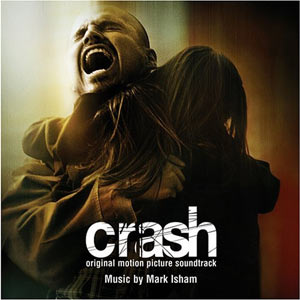 In case you didn’t notice, there were many races all in that mix.  You’ll notice plenty in the film.  Racism is one of the main themes that carries through the entire film.  But it isn’t simply fueling racism, it just shows you what it assumes you’ve already know and shows you how it fuels all the terrible events of the film.  It seems that everyone has their own personal hardships to deal with and the racism flows out to help them release their tensions (Bullock angry about being carjacked and doesn’t want a Hispanic man, she presumes to be in a gang, changing the lock.) but only fuels the rage of those around them.  It’s a circle of frustration that becomes hate that turns into violence and eventually will kill people.

Seeing this film always brings back memories of a class I took: Black Drama.  It was an English credit and classified as my cultural credit, and I guessed that we would read plays by African Americans, which was all true.  What I didn’t expect was to walk into class everyday guilty of being white.  That class brought up racism in ways I had never dreamed of and only expanded the stereotypes I knew.  Besides the general expansion of literature, I don’t think I really learned anything good in that class.  I knew racism was alive and well before that, no one needs to take a class on it.  I guess what I want to link between my class experience and the film is, Crash is more eye opening and understanding about how racism lives today that that entire semester.  Not to diss my former Professor or classmates, but they just don’t get their point across as well.

One of the things that makes this film so amazing, isn’t it’s dripping racism.  Let’s forget about that for a paragraph.  See that image just above, with the guy crying out?  There are some gripping emotional moments in this film where everything is frantically on the verge of destruction.  That moment my roommate and I were yelling at before?  Absolutely astounding.  The way the action builds up and the tension between the characters and everything near the brink of explosion, director Paul Haggis handles it like a master, milking our emotions and seeing the big picture.  That’s what really makes this a film to see and experience.

So who would like Crash?  First off, you’ve got to be thick skinned to the N-word and most other racial slurs.  I also think this movie needs to be approached with an open mind, where you can try to understand each characters situation more.  In the end, this is a great film.  The messages are clear, the acting is wonderful and the film gets those rusty gears in your head moving in new ways.  I completely recommend Crash.

“They think we’re Arab. When did Persian become Arab?”