Don’t we all have big dreams of changing the world for the better at some point?  Some want to be scientists discovering new species or form of energy, others want to write the next great novel and inspire generations to come.  For Andrew Manson, the dream was to be a good doctor. 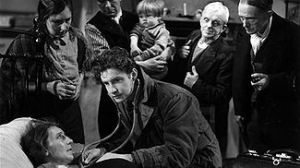 In The Citadel, Andrew (Robert Donat) is a young, enthusiastic doctor, and after cutting his teeth in a small town with no hospital, he goes to work in a Welsh mining town.  He notices that many of the miners have a terrible cough and wants to study a few of them so that he can figure out exactly what is ailing them and what is the cause.  To properly study these men means they would have to miss work, it is not long before they drop out of Andrew’s study to feed their families.  So he and his faithful wife, Christine (Rosalind Russell), turn to studying guinea pigs in their own homemade laboratory.  When the ignorant townspeople find out, they destroy the lab thinking their work is cruel.  Frustrated and disillusioned, Andrew and Christine move to London, where Andrew opens a private practice.  Business is slow and money is tight, until an old colleague shows Andrew the money that can be made in treating rich old hypochondriacs.  While the money is flowing in, Andrew seems to forget that he became a doctor to help people, not just give old people attention and placebos.  It isn’t until tragedy strikes that he remembers his old dreams.

Riddle me this: How many of us are really doing things we have a passion for in the name of bettering the world?  It really is sad to think about what makes us turn on those old idealistic dreams.  For Andrew, the ignorance of the destructive Welsh miners sent him packing.  For some, it could be lack of an education that has held them back.  Others could blame money, or the only job they can find has them going nowhere.

One scene that really stood out to me was when Andrew is first trying to treat the miners.  The men are lined up around his office, all with the same coughing symptoms and all they want is some pink cough medicine like the last doctor would give out.  But Andrew wants to actually examine them.  One man says he hasn’t been examined in seven years, why should he need it now?  Nonetheless, Andrew wants to be a good doctor so he examines and has the same advice for all of them: lay off the beer and let him study their symptoms.  The men don’t like that at all.  It is so discouraging when people won’t listen to your advice, even worse when it is completely counterproductive to your job.

While The Citadel is not all that exciting of a film, the theme is one to think about.  Are we doing our best and how can we do better?  Life will be full of discouragements but that doesn’t mean we should run off and abandon our goals.  We could all learn a bit from Andrew.

“You’re only one of a great profession.” 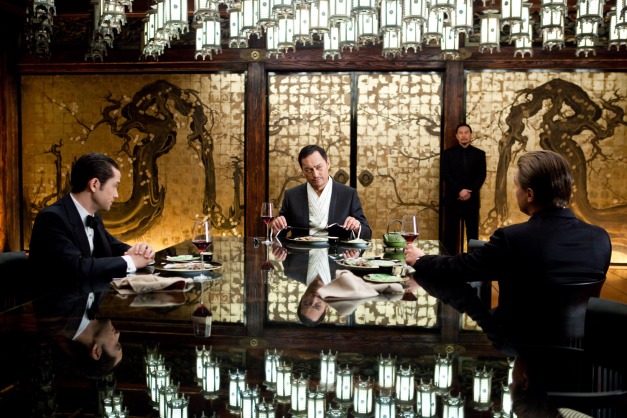